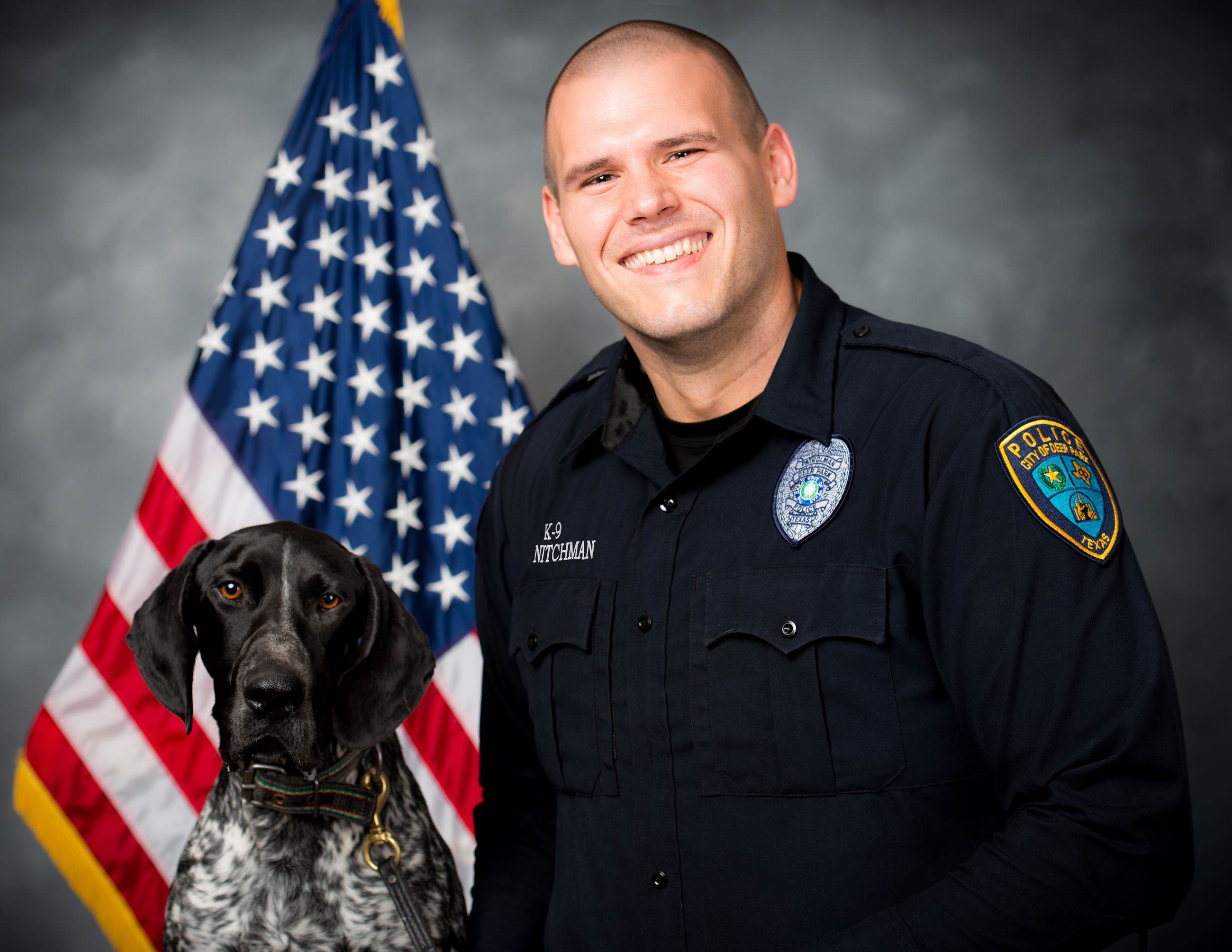 The Deer Park Police Department, in cooperation with Roni, our K-9 dog has been a frequently used program for the city. Officer Joel Nitchman is the K-9 handler.

The K-9 program exists for drug interdiction, particularly on Texas State Highway 225. Officer Nitchman and his companion have seized an extensive amount of illicit drugs and money associated with those drugs. In addition, the K-9 program has aided numerous other agencies around Deer Park on the local, state, and federal level.

It is not uncommon to see Officer Nitchman and Roni make in police terms, a large bust that exceeds 50 pounds of marijuana or more at a time. Roni has been trained to identify numerous types of drugs, including Marijuana, Heroin, LSD, Cocaine, Ecstasy, Methamphetamines, and others. Officer Nitchamn and Roni have become an intricate part of the Deer Park Police Department and with the community of Deer Park.