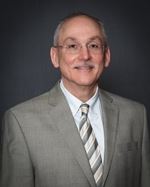 Gary Jackson began his career with the City of Deer Park in March 2007. He holds a Bachelor of Arts degree from Lamar University in Government and a Master of Public Administration degree also from Lamar University. Mr. Jackson has an extensive background in municipal government management including serving as city manager and/or assistant city manager in cities in Texas, New Mexico and Oklahoma. He is a member of the American Society for Public Administration (ASPA) and the Texas Economic Development Council (TEDC).